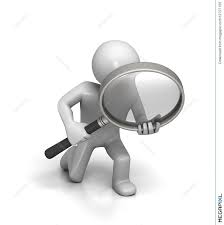 Despite everything that has been tried over many months house prices continue to soar. Prices have risen by over 25% in a single year – not everywhere but the national average house price has risen from $659,500 to $826,000 in the 12 months to July 2021. This represents an average capital gain of $166,500 for Kiwi homeowners – more than double the full-time wage. Auckland’s average price is now $1,175,000 – a 28% lift on the $918,000 a year earlier. This national average is heavily influenced by sales in both Wellington and Auckland. Prices in Canterbury have reportedly also soared to a level never before seen. Over the last month prices increased 3%. Over the past quarter by 9.5%. Over the past year by 21.7%. The average value is now $631,114.

House sales however are down 11.7% – mainly due to a drastic shortage of properties for sale. Life is not easy for many of New Zealand’s registered real estate agents at this time. What properties are available are being snapped up quickly. One of our clients recently listed a 9-year-old, 3 bed property and it only took 10 days from listing to having an unconditional sale – and at an above expectation price. The NZ average time to sell has fallen back to 31 days. The market is going to get even tougher for first time home buyers. Interest rates are rising and that’s before the Reserve bank has raised the OCR. Most pundits are predicting an increase in the OCR next week from 0.25% to 0.50%. Some however believe it will go to 0.75% which is a big one-time lift. The ANZ believes that the OCR will be raised 3 times between now and the year end in an endeavour to hold or reduce inflation which

currently is running at 4% – the target is 1-3%. The OCR is definitely heading to the levels it was at prior to the Covid-19 outbreak. Inflation is in part being driven by a very tight employment market. Unemployment has, against all predictions, fallen to 4% which in turn is driving up wages.

The concern from rising interest rates is the impact it will have on existing mortgage holders. The country has 50% more mortgage debt than it has just 6 years ago and many mortgage holders are heavily indebted. The Covid environment has driven up internal spending on consumer goods. Supply chain issues have resulted in higher prices in numerous commodities offset by low interest rates. Some people are going to be caught in the web that is starting to unravel.

Market conditions are also reflected in the outcomes from the First Home Grant. Changes to the grant were made in April, designed to make it easier for more people to access the grants of up to $10,000 to help with the deposit for first home buyers. But it hasn’t worked. Successful applications have in fact fallen to their lowest level since the scheme was introduced in 2014.Only 5,504 grants have been issued this year. From a high of 17,160 in 2018 to just 13,978 in 2020. The Government has admitted that it needs to revisit the scheme to make it relevant and viable in today’s market. In order to get a $600,000 mortgage (which is very much what you would need to get a first home in many cities) applicants will have to have a combined income in excess of $150,000, no children and no other debt. Not very realistic.

According to TradeMe rents in New Zealand are once again on the rise after 2-3 months stagnating. National average rent was $545 per week as at last month – up $5 per week over the previous 2 months. Record high rents are being recorded in many locations around the country driven by a shortage of rental stock. Rentals listed on TradeMe have fallen by 7% at end of June over the prior year. TradeMe predicts rents will rise even further as we head into the summer months which traditionally are busier. Properties of all size are seeing increases in rent with the exception of 1-2 bedroom properties in Christchurch.

Hamilton city councillors have voted in favour of a rental licencing project in the hopes of protecting tenants and targeting poorly maintained residential units in the city. The feeling is that there is no guarantee that this is what you get in Hamilton. The pilot is estimated to cost 42 million over 2 years.

Renting is seen by some as a temporary stopgap on the way to property ownership. Some see it as an uncomfortable phase that young people put up with while they save for a deposit. Along with 2-minute noodles and wearing an extra sweatshirt to avoid putting on the heater.

With this in mind, analyst Emma Vitz wanted to have a look at how the affordability of rentals has changed over time. She took the common financial rule of allocating 30% of your gross income to housing and calculated how much a household would need to earn to afford the average rental going back to 1993. The prices were inflated to current dollars using the consumer price index in order to make them comparable to 2021 figures. She used rental data from Tenancy Services. This data includes all rentals in New Zealand, from studio apartments to large family homes. She assumed that the average would represent a mid-sized home in New Zealand.

Across New Zealand as a whole, the cost of renting has almost doubled in today’s dollars since 1993. In 1993, an income of $45,856 in today’s dollars was required to afford the average rental. Today, that figure is $84,059. In relative terms, Northland has seen the highest increase in rental prices with an increase of 108% in current dollars. Other regions like the Bay of Plenty and Marlborough have seen sharp increases as well.

For Christchurch the increase in average rent (in today’s dollars) has been 65% since 1993.